Today I’m talking about my most anticipated fall 2016 book releases! I haven’t done a Waiting on Wednesday in a while so I thought that this could make up for it. 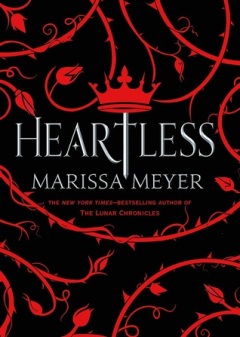 Long before she was the terror of Wonderland — the infamous Queen of Hearts — she was just a girl who wanted to fall in love.

Catherine may be one of the most desired girls in Wonderland, and a favorite of the yet-unmarried King of Hearts, but her interests lie elsewhere. A talented baker, all she wants is to open a shop with her best friend and supply the Kingdom of Hearts with delectable pastries and confections. But according to her mother, such a goal is unthinkable for the young woman who could be the next Queen.

At a royal ball where Cath is expected to receive the king’s marriage proposal, she meets Jest, the handsome and mysterious court joker. For the first time, she feels the pull of true attraction. At the risk of offending the King and infuriating her parents, she and Jest enter into an intense, secret courtship.

Cath is determined to define her own destiny and fall in love on her terms. But in a land thriving with magic, madness, and monsters, fate has other plans.

Marissa Meyer is one of my favorite authors. Her storytelling skills are amazing! Heartless has gotten so many dazzling reviews already, so I know that this is going to be amazing.

Seventeen-year-old Snow has spent the majority of her life within the walls of the Whittaker Institute, a high security mental hospital in upstate New York. Deep down, she knows she’s not crazy and doesn’t belong there. When she meets a mysterious, handsome new orderly and dreams about a strange twisted tree she realizes she must escape and figure out who she really is.

Using her trusting friend Bale as a distraction, Snow breaks free and races into the nearby woods. Suddenly, everything isn’t what it seems, the line between reality and fantasy begins to blur, and she finds herself in icy Algid–her true home–with witches, thieves, and a strangely alluring boy named Kai, none of whom she’s sure she can trust. As secret after secret is revealed, Snow discovers that she is on the run from a royal lineage she’s destined to inherit, a father more powerful and ruthless than she could have imagined, and choices of the heart that could change the fate of everything…including Snow’s return to the world she once knew.

This breathtaking first volume begins the story of how Snow becomes a villain, a queen, and ultimately a hero.

I am such a big fan of Danielle Paige’s other books, so I already know that this is going to be good.

This Adventure Ends by Emma Mills 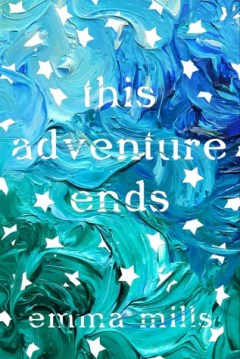 Sloane becomes closest to Vera, a social-media star who lights up any room, and Gabe, Vera’s twin brother and the most serious person Sloane’s ever met. When a beloved painting by the twins’ late mother goes missing, Sloane takes on the responsibility of tracking it down, a journey that takes her across state lines—and ever deeper into the twins’ lives.

Filled with intense and important friendships, a wonderful warts-and-all family, shiveringly good romantic developments, and sharp, witty dialogue, this story is about finding the people you never knew you needed.

I’ll admit it. This is a book I’m interested in purely because the cover is gorgeous. The story sounds very cute, too, but the cover is beautiful.

Moving to a space station at the edge of the galaxy was always going to be the death of Hanna’s social life. Nobody said it might actually get her killed.

The sci-fi saga that began with the breakout bestseller Illuminae continues on board the Jump Station Heimdall, where two new characters will confront the next wave of the BeiTech assault.

Hanna is the station captain’s pampered daughter; Nik the reluctant member of a notorious crime family. But while the pair are struggling with the realities of life aboard the galaxy’s most boring space station, little do they know that Kady Grant and the Hypatia are headed right toward Heimdall, carrying news of the Kerenza invasion.

When an elite BeiTech strike team invades the station, Hanna and Nik are thrown together to defend their home. But alien predators are picking off the station residents one by one, and a malfunction in the station’s wormhole means the space-time continuum might be ripped in two before dinner. Soon Hanna and Nik aren’t just fighting for their own survival; the fate of everyone on the Hypatia—and possibly the known universe—is in their hands.

But relax. They’ve totally got this. They hope.

Once again told through a compelling dossier of emails, IMs, classified files, transcripts, and schematics, Gemina raises the stakes of the Illuminae Files, hurling readers into an enthralling new story that will leave them breathless.

I’m so excited to see more Kady and Ezra, and the two new characters! I also can’t wait to see the new artwork. I’ve seen pictures of Instagram and it seems like it’s going to be awesome! 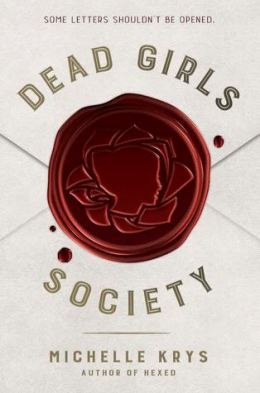 You are cordially invited to participate in a game of thrills and dares. Tell no one, and come alone. If you dare.

Hope is sick of everyone treating her like she’s breakable. Sure, she has cystic fibrosis (basically really bad lungs), but she’s tired of being babied by her mom and her overprotective best friend, Ethan, not to mention worrying about paying for her expensive medication and how she’s going to afford college. And she’s bored with life in her run-down New Orleans suburb.

When an invitation arrives from a mysterious group that calls itself the Society, Hope jumps at the chance for some excitement. This could be her ticket out. All she has to do is complete a few dares and she might win some real money.

But the Society isn’t all it seems . . . and soon Hope finds that playing the game isn’t a choice—it’s a requirement.

This sounds so exciting. I love books with games and dares, so I’m super excited about this release!

The Amateurs by Sara Shepard 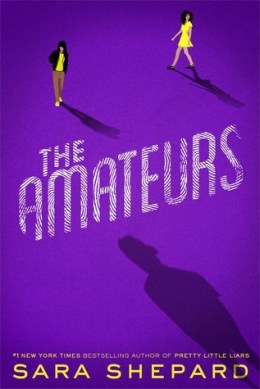 As soon as Seneca Frazier sees the post on the Case Not Closed website about Helena Kelly, she’s hooked. Helena’s high-profile disappearance five years earlier is the one that originally got Seneca addicted to true crime. It’s the reason she’s a member of the site in the first place.

So when Maddy Wright, her best friend from the CNC site, invites Seneca to spend spring break in Connecticut looking into the cold case, she immediately packs her bag. But the moment she steps off the train in trendy, glamorous Dexby, things begin to go wrong. Maddy is nothing like she expected, and Helena’s sister, Aerin Kelly, seems completely hostile and totally uninterested in helping with their murder investigation.

But when Brett, another super user from the site, joins Seneca and Maddy in Dexby, Aerin starts to come around. The police must have missed something, and someone in Dexby definitely has information they’ve been keeping quiet.

As Seneca, Brett, Maddy, and Aerin begin to unravel dark secrets and shocking betrayals about the people closest to them, they seem to be on the murderer’s trail at last. But somewhere nearby the killer is watching . . . ready to do whatever it takes to make sure the truth stays buried.

Sara Shepard writes such addictive mystery series. I don’t care if they’re all carbon copies of each other! I want more!

A Torch Aganist the Night by Sabaa Tahir

A Torch Against the Night takes readers into the heart of the Empire as Laia and Elias fight their way north to liberate Laia’s brother from the horrors of Kauf Prison. Hunted by Empire soldiers, manipulated by the Commandant, and haunted by their pasts, Laia and Elias must outfox their enemies and confront the treacherousness of their own hearts.

In the city of Serra, Helene Aquilla finds herself bound to the will of the Empire’s twisted new leader, Marcus. When her loyalty is questioned, Helene finds herself taking on a mission to prove herself—a mission that might destroy her, instead.

I’m so excited to see where the adventure goes next. The world is so interesting and the characters complex.

A Million Years With You by Claudia Gray 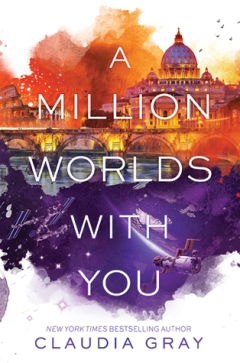 A million universes. A million dangers. One destiny.

The fate of the multiverse rests in Marguerite Caine’s hands. Marguerite has been at the center of a cross-dimensional feud since she first traveled to another universe using her parents’ invention, the Firebird. Only now has she learned the true plans of the evil Triad Corporation—and that those plans could spell doom for dozens or hundreds of universes, each facing total annihilation.

Paul Markov has always been at Marguerite’s side, but Triad’s last attack has left him a changed man—angry and shadowed by tragedy. He struggles to overcome the damage done to him, but despite Marguerite’s efforts to help, Paul may never be the same again.

So it’s up to Marguerite alone to stop the destruction of the multiverse. Billions of lives are at stake. The risks have never been higher. And Triad has unleashed its ultimate weapon: another dimension’s Marguerite—wicked, psychologically twisted, and always one step ahead.

In the epic conclusion to Claudia Gray’s Firebird trilogy, fate and family will be questioned, loves will be won and lost, and the multiverse will be forever changed. It’s a battle of the Marguerites . . . and only one can win.

The last book ended in such a crazy cliffhanger and I need to find out what happens next!! I can’t wait to see all the new alternate universes in this one, as well. I can’t believe this series is going to end!

What are your most anticipated releases for the second half of 2016?