So today I went to Barnes and Noble’s B-Fest and it was so much fun.

I arrived at my local B&N at 11, right when the first event was starting. I didn’t really know what was happening because there wasn’t a set schedule online, but I knew they were doing a bunch of giveaways. I thought it was just going to be chapter samplers, but I was wrong. They did have chapter samplers, but they also had a ton of arcs.

GUYS I GOT AN ARC OF REPLICA.

My last Waiting on Wednesday post was all about Replica, so if you didn’t already know, I’m extremely excited for this. I’m still not over the fact that I got a copy!

I got eight other ARCs besides Replica, and seven chapter samplers, so I’m going to post a haul video tomorrow with all of them!

The next event on the schedule was a Sarah Dessen Q&A and book signing. I love Sarah’s books so much, The Truth About Forever being my favorite. I brought five books from home, and then when I got there I found out I had to buy a book in order to get to have any signed, so I bought the paperback of Saint Anything.

So I walked up to the area where the book signing was taking place. They were still setting up (this was about an hour and a half before the signing started) and I asked if I could take a seat. I was carrying around a huge stack of books, so they told me I could if I had a wristband. I knew seating was limited, but I had no idea they were handing out wristbands. Turns out, they only gave out 20 wristbands to the first 20 people to buy one of her books. They told me that I could stand behind the chairs with the others who didn’t have wristbands. I sat for a while and talked to the people around me, who were all super nice, and eventually one of the employees from earlier came and gave me a wristband. I was really surprised and she told me that someone had donated theirs. She also had one for the girl next to me. We got our seats and then Sarah Dessen came out and did her Q&A. 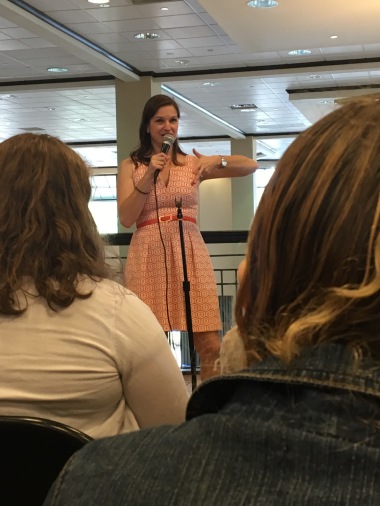 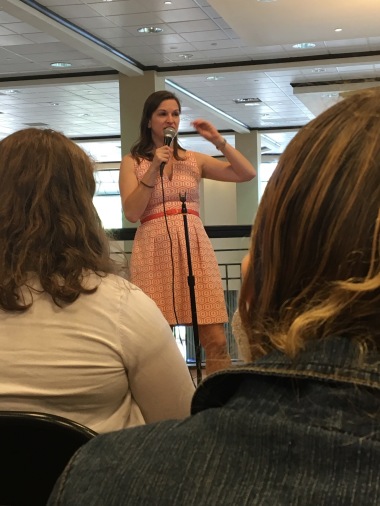 She said her favorite characters are Dexter and Remy from This Lullaby, and how that was her favorite book to write. Did you know that she’s written over 12 unpublished books?

The signing was organized by rows, and I was in the third row so it was not a long wait.

After the signing, there was trivia and a bunch of games. I was only good at the first round of trivia, where my team got 6/8 questions correct (next round we only got one right, lmao).

Then one of the B&N employees had a little panel-type thing about Fan Art. It was really fun and we did some coloring and drawing.

So overall, I had so much fun on Day 1 (technically it’s the second day of the festival, but I was seeing Me Before You last night) of B-Fest. I can’t wait for more tomorrow!!